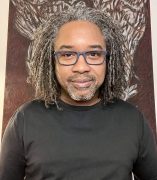 Ethnographies of Haitian contemporary dancemaking constellates Mario LaMothe’s first monograph Vodou Rich Bodies: Dance, Dedoublaj, and Imagined Haitian Identities to illuminate how Haiti, Haitians and their embodiments continue to haunt circum-Atlantic social and cultural histories, through embodied (dis)articulations of Black and African Diaspora humanity. It currently stands alone in mobilizing contemporary Haitian dance––Haitian Vodou and folk dances fused with Euro-American dance techniques––as an especially potent site for restorative performances of blackness by Haitians, following the devastating 2010 earthquake and continuing with the country’s 2021 challenges. Activating Haitians’ negotiations with intersectional identities and multiple consciousness, Haitian contemporary dance also leverages how these are physicalized, circulated and deployed against trivial representations of Haitianness. As such, the monograph argues that for bodies in dissent or perceived to be dissenting such as Haitian ones, the performances under review constitute a mode of witnessing that is not only in the act of creation and production, but also in the act of experiencing and registering relayed messages, especially for Haitians whose embodiments and freedom of expression and association are closely monitored.

LaMothe is launching a digital humanities oral history project about the migration of Haitians to the Hemispheric American countries, notably the United States, Canada, the Dominican Republic, and Mexico to offer insights into the material and individualized conditions of those seeking safe passage in non-Haitian spaces, and their labor to negotiate perceptions of Haitians as parasitic refugees or second-class folk. Through participants’ life histories and object analyses, the project hopes to tease out the parallels between the conditions of Haitian economic and political refugees and other displaced black and brown folk, to determine what bodies are deserving or not of care, aid, and refuge as well as who are considered (un)desirable immigrants.

LaMothe’s writing is featured in peer-reviewed and commercial publications such as e-misfèrica, Conversations Across the Field of Dance Studies, L’imparfaite, The Routledge Companion to African American Theatre and Performance (CAATP), Scalawag, and Women & Performance. Publications that relate directly to my proposal are: “Dedouble and Jeanguy Saintus’ Corporeal Gifts” (e-misfèrica 2015); co-editor of the Women & Performance special issue “Nou Mache Ansanm (We Walk Together): Queer Haitian Performance and Affiliation” (2017); “Our Love on Fire: Gay Men’s Stories of Violence and Hope in Haiti” (Women & Performance 2017); “Witnessing Queer Flights: Josué Azor’s Lougawou Images and Anti-Homosexual Unrest in Haiti,” in Race and Performance after Repetition, edited by Soyica Colbert, Douglas Jones, and Shane Vogel (Duke University Press 2020). He is a performance artist and curator.

“Our Love on Fire: Gay Men’s Stories of Violence and Hope in Haiti”