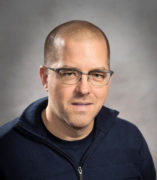 Coordinator of the Policing in Chicago Research Group

Andy Clarno is Associate Professor of Sociology and African American Studies and coordinator of the Policing in Chicago Research Group at the University of Illinois at Chicago.  His research examines racism, capitalism, colonialism, and empire in the early 21st century, with a focus on the relationship between marginalization and securitization.  Andy teaches courses on globalization, race and ethnicity, policing, and urban sociology.

Andy’s book, Neoliberal Apartheid (University of Chicago Press 2017), analyzes political, economic, and social transformation in South Africa and Palestine/Israel since 1994. In the early 1990s, the South African state was democratized and Black South Africans gained formal legal equality. Palestinians, on the other hand, won neither freedom nor equality and Israel remains a settler colonial state. Despite these differences, neoliberal (de)colonization has generated similar socio-economic changes in both regions: growing inequality, racialized poverty, and advanced strategies for securing the powerful and policing the racialized poor. Neoliberal Apartheid explores these dynamics through an analysis of settler colonialism and racial capitalism.  It addresses the limitations of liberation in South Africa, highlights the impact of neoliberal restructuring in Palestine/Israel, and argues that a new form of neoliberal apartheid has emerged in both regions.  Neoliberal Apartheid received distinguished book awards from two sections of the American Sociological Association: the 2018 PEWS Distinguished Book Award from the Political Economy of the World System section and the 2018 Paul Sweezy Book Award from the Marxist Sociology section.

Andy is currently leading a research workshop focused on policing in Chicago. Building on long histories of struggle, communities of color in Chicago are forging powerful solidarities as they confront the criminalization of Black youth, the deportation of Latinxs, and the surveillance of Arab/Muslim communities.  Yet most studies of policing analyze these communities in isolation. This project is shifting the focus by exploring the relationship between local police departments, federal immigration authorities, and national security agencies. It is designed as a community-engaged research workshop that brings faculty and students at UIC into conversation with community organizations in Chicago. The Policing in Chicago Research Group has released two reports on the CPD gang database: Tracked and Targeted: Early Findings on Chicago’s Gang Database (February 2018) and Expansive and Focused Surveillance: New findings on Chicago’s Gang Database (June 2018).

Other recent publications include “Neoliberal Colonization in the West Bank” in Social Problems (August 2018), “Rethinking Our Definition of Apartheid” with Haidar Eid in Al-Shabaka (August 2017), “The Thorns that Exist and Resist: Black-Palestine Solidarity in the 21st Century” in Middle East Report (Winter 2017), “Hiking the West Bank” in Contexts (Spring 2015), “Rescaling White Space in Post-Apartheid Johannesburg” in Antipode (November 2013), and “Securing Oslo” in Middle East Report (Winter 2013).